Are we drinking Microplastics? 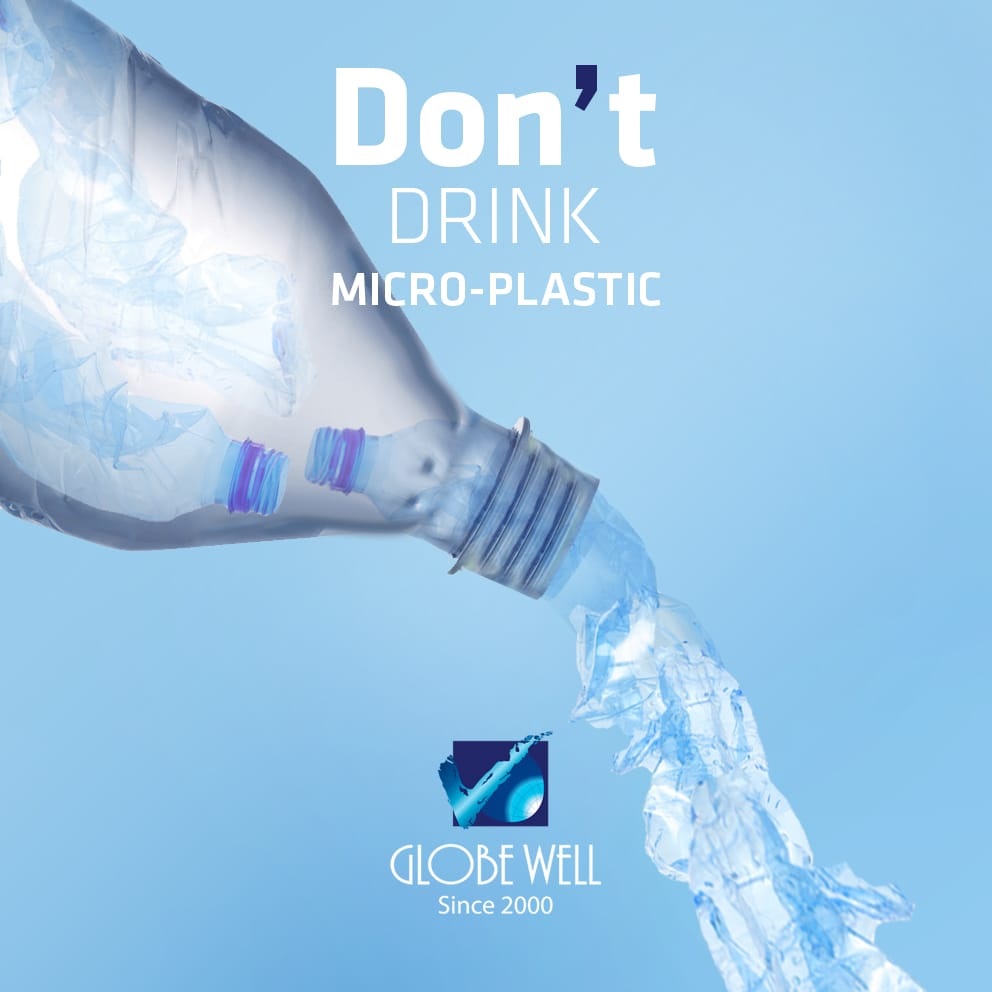 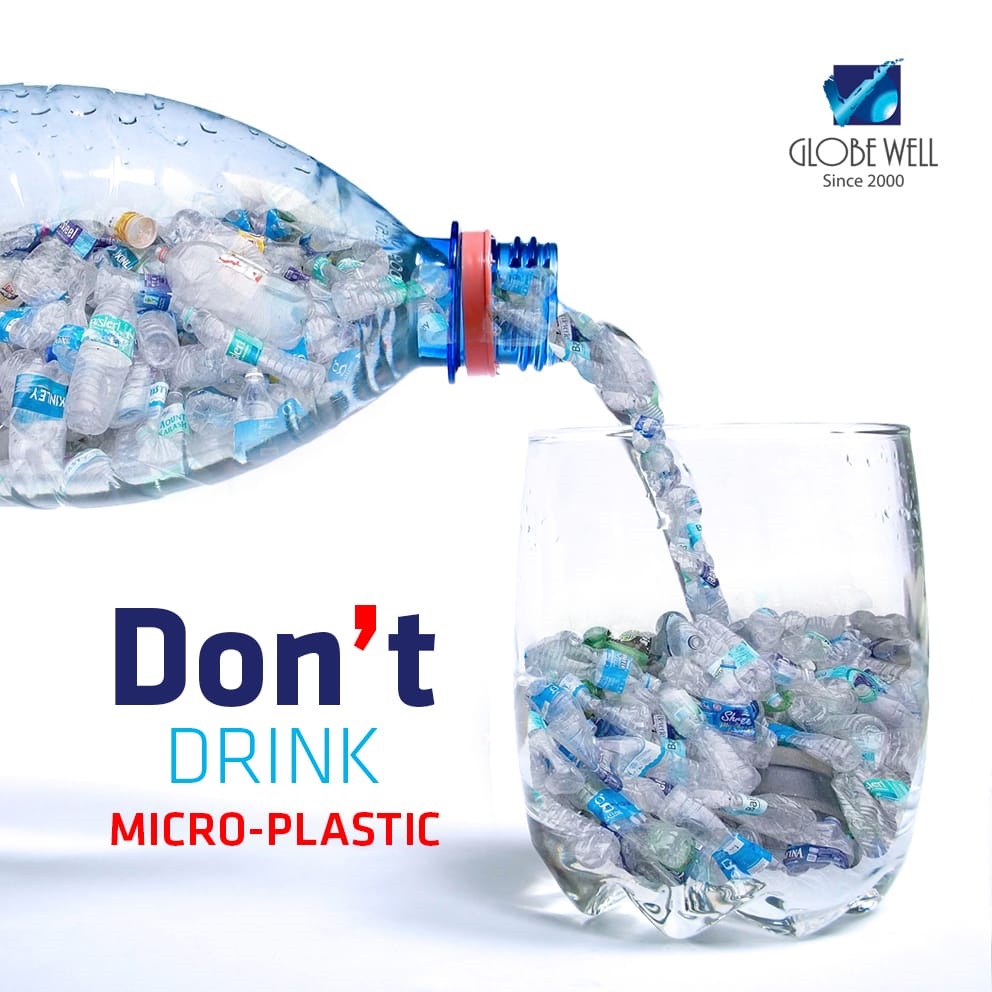 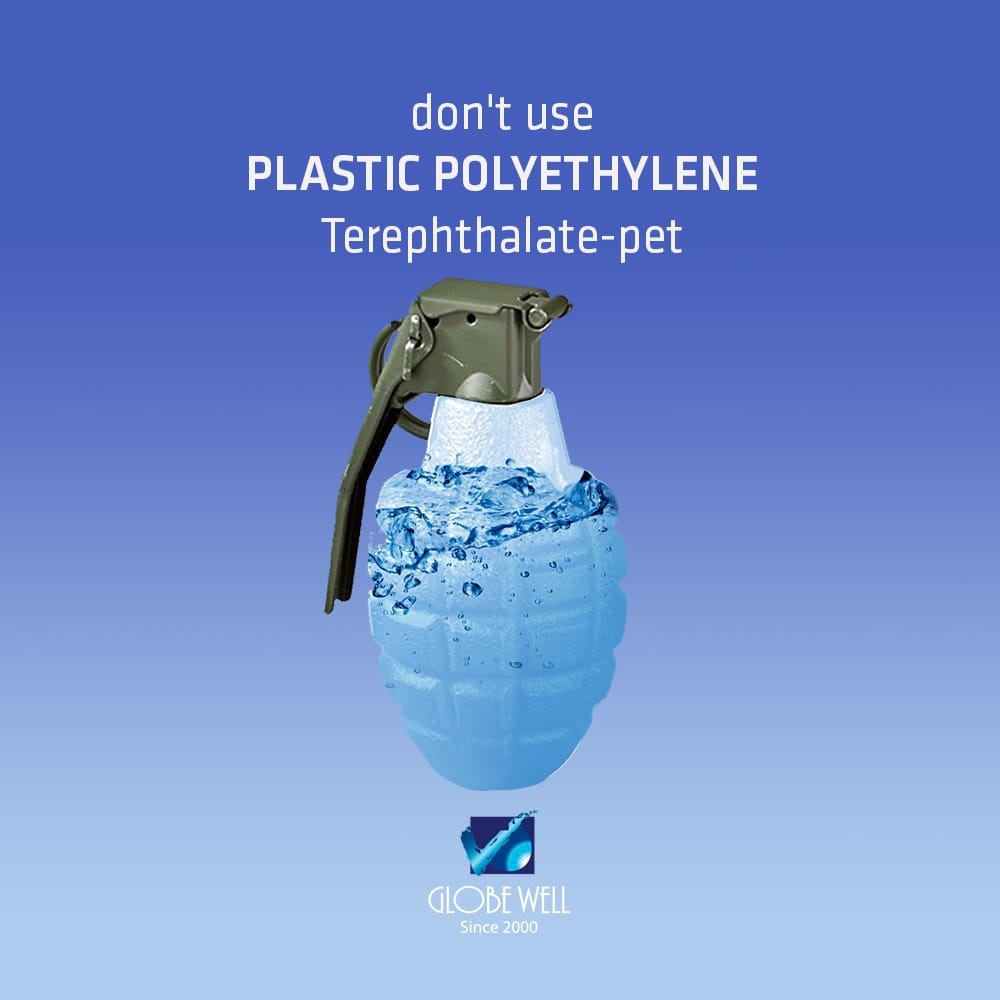 Its official – microplastics have been found in our drinking water. A recent study by OrbMedia analyzed 159 water samples, sourced from both tap water and bottled water in 14 countries, and found that over 80% of all samples contained tiny plastic particles, with an average of 4.34 plastic particles per liter of water.

Where do Microplastics come from?

Microplastics are very small (generally less than 5 millimeters in size) plastic particles that can originate from a variety of sources, such as ingredients in cigarette filters, textile fibers and cleaning or personal care products, and dust from car and truck tires, as well as from larger plastic products broken down

How many Microplastics are in bottled water?

Samples from the brands tested varied in plastic concentrations, and the average across brands was 325 microplastic particles per liter of bottled water, researchers found.

What happens when you drink Microplastics?

One research review published in 2019 calculated that the average American eats, drinks, and breathes in more than 74,000 microplastic particles every year. Some scientists say it's likely that ingesting these tiny bits of plastic could expose us to harmful chemicals. “There cannot be no effect,” says Pete Myers

How much Microplastic is in our bodies?

Now, a new study in the journal Environmental Science and Technology says it's possible that humans may be consuming anywhere from 39,000 to 52,000 microplastic particles a year. With added estimates of how much microplastic might be inhaled, that number is more than 74,000.

How does Microplastic affect human health?

Routes of exposure include ingestion, inhalation and dermal contact. Toxicity may result from particle toxicity, oxidative stress and inflammation. Inflammation may lead to neoplasia and increased translocation of particles. Microplastic may be involved in the disruption of immune function and neurotoxicity.

Why is Microplastic bad?

Microplastics entering the human body via direct exposures through ingestion or inhalation can lead to an array of health impacts, including inflammation, genotoxicity, oxidative stress, apoptosis, and necrosis, which are linked to an array of negative health outcomes including cancer, cardiovascular diseases, ...

Microplastics also absorb chemical pollutants that can be transferred into the organism's tissues. Small animals are at risk of reduced food intake due to false satiation and resulting starvation or other physical harm from the microplastics.

Is polyethylene toxic to humans?

Plastics #1 Polyethylene terephthalate (PET or PETE) & #2 HD Polyethylene (HDPE) are not only bad for our environment but can be potentially toxic to humans too, these are also known as single use plastics, and may leach when exposed to UV, heat and over time from natural breakdown.

Can Microplastics kill you?

How do you remove Microplastics from drinking water?

Do water filters filter out plastic?

To protect yourself and your family the best step to take is to use a water filter. Water Filters have been scientifically proved to remove plastic particles from drinking water, down to as small as size as 0.5 microns. ... At the end of the day, every little action helps to reduce plastic pollution.

Should we treat our Water

Water is not only for drinking

Protect Your Family from Chlorine

Are we drinking Microplastics?

Do I Need a Whole House Filter?

What Are the Benefits of Water Softener?

Why Remove Chlorine from Our Whole House?